This summer, Divest Ed is welcoming 12 fellows from across the country to our Summer Fellowship! Due to COVID-19, the fellowship will be held online. Divest Ed staff and fellows will meet virtually to build relationships, sharpen organizing skills, and strategize for their campaigns.

Divest Ed and its fellows seek to de-corporatize universities; demanding that colleges behave more like civic leaders than corporations. By the conclusion of the fellowship, fellows will be equipped with the skills to run an effective campus campaign of community-led solutions. We are excited to facilitate the growth of these student organizers and foster meaningful intra-student relationships that will strengthen the movement for years to come. 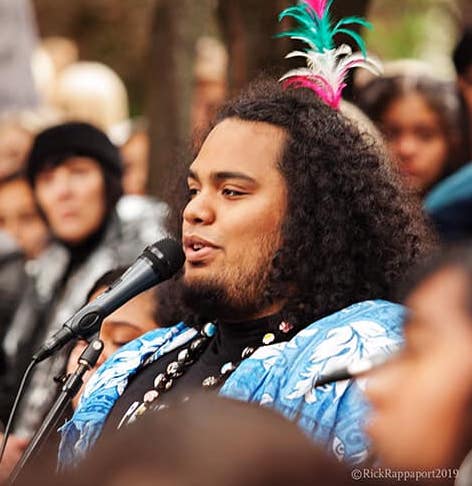 Kevin Aipopo is child of Leafatulagi Leai Henderson and Randall Kevin Henderson; grandchild of Sau Leai Sivaeau Aipopo and Malia Leafatulagi Fetauimali'i Aipopo. Kevin is a Black American and Samoan student from Portland, OR. Kevin is a member of the Pacific Climate Warriors and co-coordinator for the NW Pacific Islander Student Alliance. Kevin's climate advocacy focuses on empowering frontline communities in the Pacific and highlighting the intersection between climate change and racial injustice. Kevin is an aspiring climate activist and poet.

Zahur Ashrafuzzaman is entering his second year at McGill University. He is studying Cognitive Science and is active in Divest McGill, a student group advocating for the divestment from fossil fuels of McGill’s endowment. 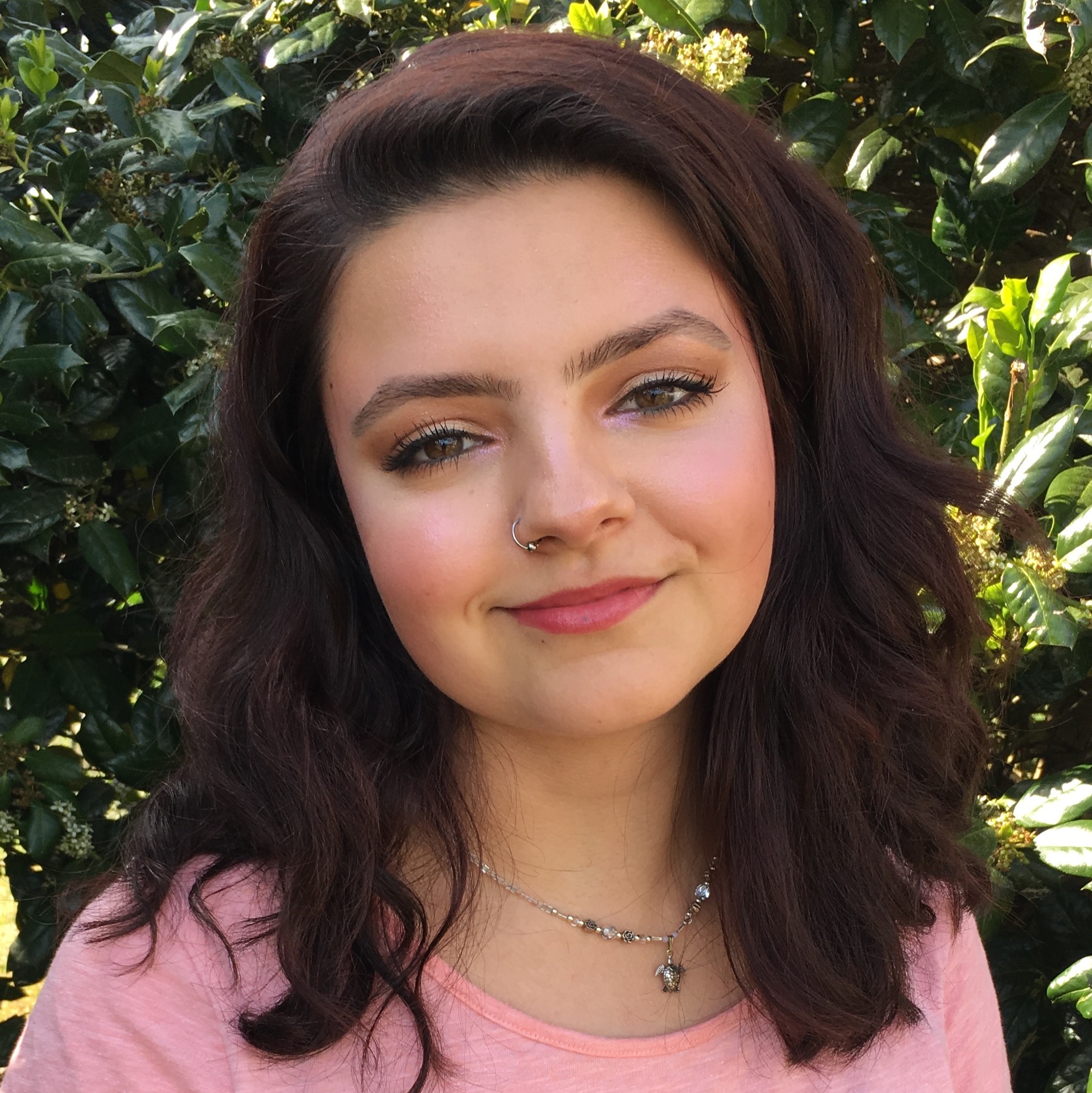 Gabriela Duncan is a rising junior at UNC-Chapel Hill studying Sociology with minors in Food Studies and Environmental Justice. If all goes according to plan, she hopes to become an Environmental Lawyer and specialize in environmental justice cases. Gabriela is fascinated by the complex connections that humans have with the planet and how the quest for profit plays a significant role in the decisions that society makes. It caught her attention to find out how the fossil fuel industry influences many educational institutions, especially the UNC System, and she is motivated to take them down! When Gabriela is not working on fossil fuel divestment initiatives or her homework, you can catch her playing her saxophone for UNC Sports (Go Heels!), playing volleyball with pals, or making memes about the corruption of the fossil fuel industry! 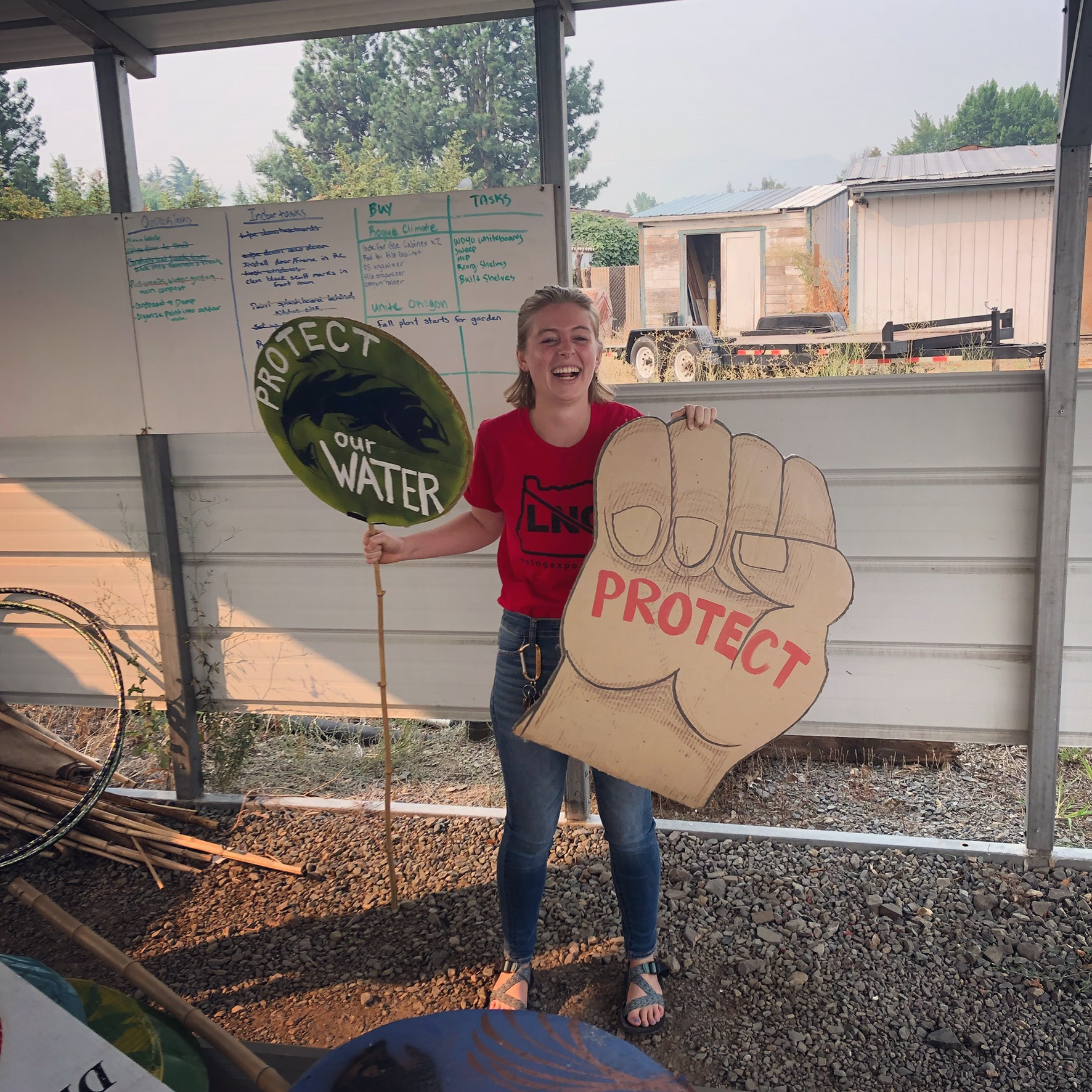 Kayla Fennell grew up in southern Oregon where she first got involved with organizing for climate justice. She worked with other youth to pass the Climate and  Energy Action Plan in Ashland, Oregon. After that, she joined the campaign to stop the Jordan Cove Energy Project, a proposed fracked gas pipeline in southern Oregon. She is currently a member of the Mount Holyoke Climate Justice Coalition and is fighting for Mount Holyoke College to divest from fossil fuels. In her spare time, Kayla loves backpacking and playing the fiddle. 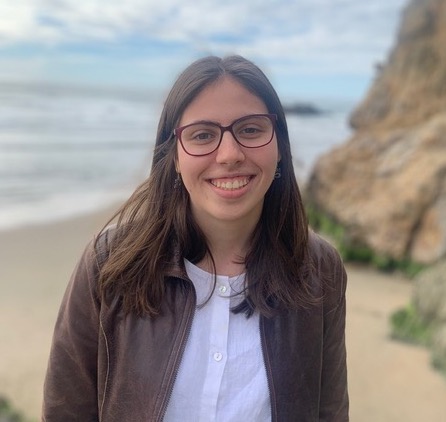 Emilia Fernández is a sophomore studying History at Yale University. She is part of the Yale Endowment Justice Coalition (EJC), a non-hierarchical organization that uses direct action to push the university to divest from fossil fuels and cancel its indirect holdings in Puerto Rican debt. She has learned a lot about student organizing from EJC—particularly during the planning of the #NobodyWins action at the Harvard-Yale football game. For Emilia, climate activism aims to advance racial, environmental, economic, and political justice on a global scale. In her free time, Emilia likes reading fiction and writing short stories of magical realism. She is excited to join the Divest Ed fellowship community! 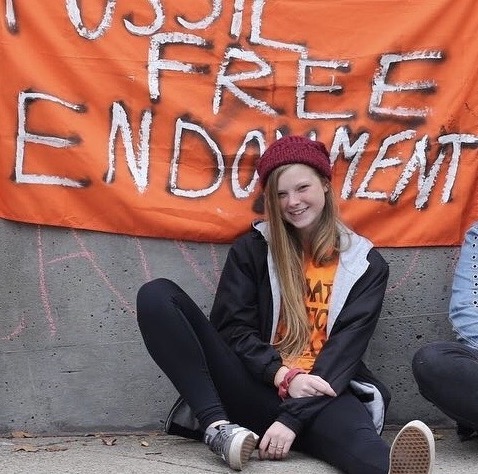 Cassidy Graham is a sophomore at Cornell University. She is double majoring in Environment & Sustainability and Development Sociology and is also hoping to minor in Climate Change.  She has been a member of Climate Justice Cornell since her freshman year, where she works with an incredible team to escalate the group’s fossil fuel divestment campaign. As a fellow, she is excited to work with the members of the cohort to come up with innovative ideas for the national campaign and gain skills that she can take back to invigorate the divestment campaign and other justice campaigns on Cornell's campus and in the community. 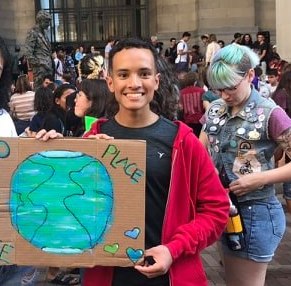 Daniel Huffman is a freshman at the University of Pittsburgh majoring in Environmental Engineering and planning to minor in Physics. He has been interested in environmental education and policy throughout high school, though he is relatively new to organizing. Since arriving at Pitt, he has become actively involved with the Fossil Free Pitt Coalition's divestment campaign. He is grateful and excited for the opportunity to participate in this fellowship and learn valuable organizing skills and strategies that he can apply in his activism on campus. 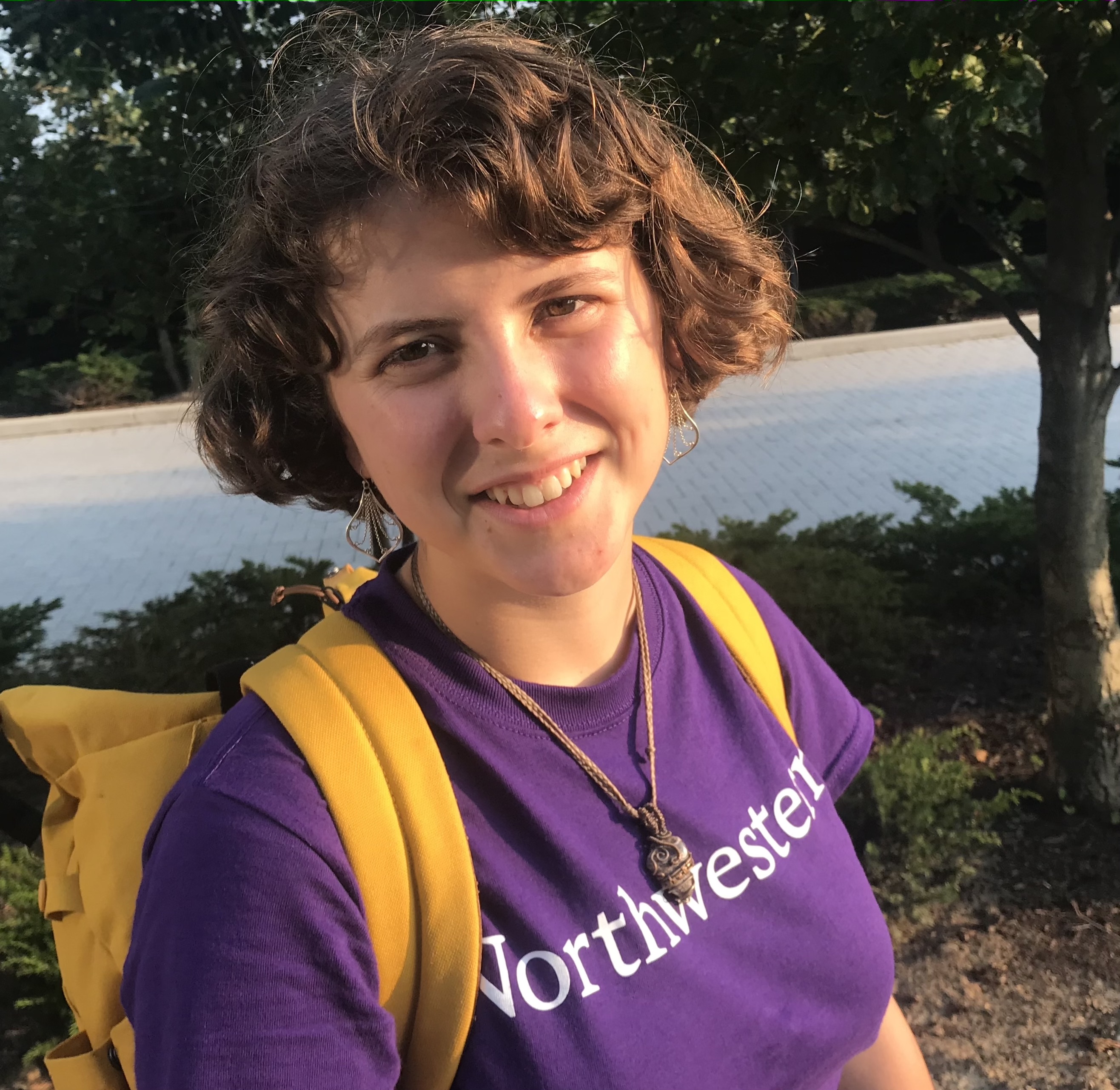 Lucy London is a first-year at Northwestern University, studying Voice and Opera Performance, with presumed minors in Performance Studies and Environmental Policy and Culture. She is the Alumni Liaison for Fossil Free Northwestern and the president of the GREEN House, an environmentally-focused dorm on campus. She is also a member of the Associated Student Government Sustainability Committee. Lucy is passionate about environmental ethics and spirituality as well as the intersection of art and activism, namely performance art in communicating for change. She believes divestment is a critical step for institutions to take to show that a transformed world is possible; she is so excited to join the Divest Ed team and work to make this prospect a reality! 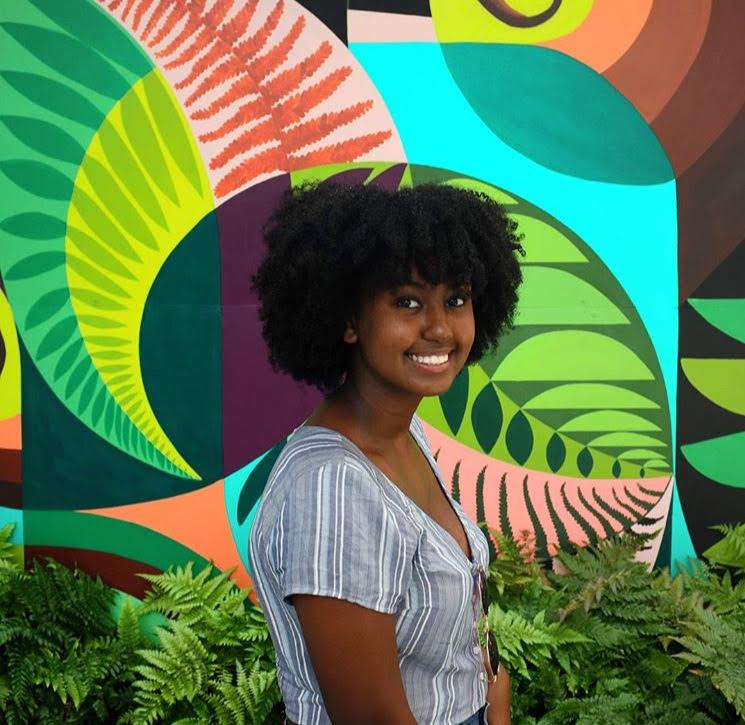 Tsion Mamo is a first-year at Scripps College. She plans to major in Environmental Analysis with a minor in Media Studies. Her passion for environmental issues began in high school with her exposure to the environmental crisis and the detrimental impact it had on different communities. On-campus she is involved with many different social justice groups who seek to make a change in their community. She believes that divestment from fossil fuels will be the catalyst needed to transform society for the better. The Divest Ed Fellowship will expand her knowledge of organizing tactics and she will share it with different groups on her campus. She is excited to meet students across the nation with similar goals for environmental justice. 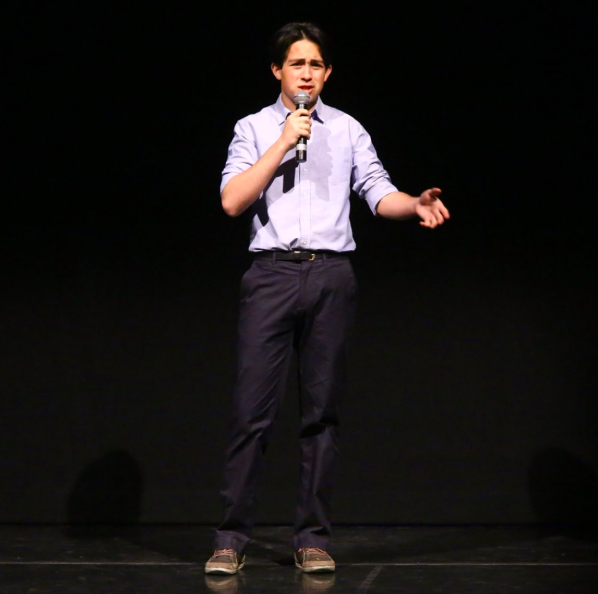 Artemisio Romero y Carver is a highschool junior at the New Mexico School for the Arts. As an activist, he has fought to mitigate the climate crisis through legislative advocacy, public protests, electoral politics, and civil disobedience. He is a Board Director and founder of Y.U.C.C.A. (Youth United for Climate Crisis Action), a youth-led nonprofit and Sunrise hub. For the last 11 months, they have been advancing a campaign of nonviolent public pressure towards the New Mexican Government to advance environmentalist legislation. They have organized a mass protest of 5,000 students and allies at the state capitol, led a nonviolent sit-in at the governor's office, publicly disrupted an oil and gas association event, and met with Cabinet Secretaries, State Representatives, and the State Land Office, among other actions.

Laís Santoro is a freshman at Johns Hopkins University studying Public Health and Environmental Studies. She has been involved with environmental justice work ever since she joined Sunrise her junior year of high school, and has always been passionate about protecting the environment from being a Girl Scout growing up. Now, she is a national trainer for Sunrise and on the phone banking team helping to elect Green New Deal champions. She is the co-hub coordinator for Sunrise Hopkins on campus and is the Actions and Campaigns Chair for Real Food Hopkins. She also co-coordinates Sunrise Movement Baltimore and participates in solidarity actions with transit equity and food justice off-campus. She is a first-generation immigrant from Brazil and fighting for her family there because they are facing consequences from the climate crisis already and will even worse into the future. She is particularly interested in and an advocate for how the US can influence international environmental policies and create their own versions of policies such as the Green New Deal. On-campus, Laís also works closely with Refuel Our Future to divest JHU from fossil fuels and writes about meaningful justice work for the JHU Newsletter. When not “activating,” she is frequently watching Netflix (Money Heist at the moment), at a concert, or talking about how much she loves Bad Bunny. She is super excited to meet cool people from all around the country and learn about how to organize JHU to fight for environmental and social justice on and off-campus!