Originally published at The Harvard Crimson
September 27, 2019 by By Alexandra A. Chaidez and Aidan F. Ryan

The Ad Hoc Committee for Harvard Divest — a group of Harvard alumni advocating for the University to divest its endowment from fossil fuels— raised $60,000 to hire two coordinators for alumni activities through the Cambridge climate group Better Future Project.

Wirth said the group is continuing to push the University to divest from fossil fuels through the creation of these new positions.

Both Woodward and Maxmin officially work for the Better Future Project — headed by Executive Director Craig S. Altemose — but focus their efforts specifically on Harvard. The pair is involved with the group’s Divest Ed project, which works to expand the fossil fuel divestment campaign on college campuses.

“Now's a critical time, you know why, there is nothing to wait for,” Wirth said. “We ought to get going and do everything we possibly can to get Harvard to grow up.”

University spokesperson Jonathan L. Swain referred to University President Lawrence S. Bacow’s previous statements about divestment. Bacow has said that while he agrees with concerns about climate change, he disagrees with divestment as the best mechanism. Bacow has argued that the University should use its scholarship and engage with fossil fuel companies to address the issue.

Both Woodward and Maxmin officially work for the Better Future Project — headed by Executive Director Craig S. Altemose — but focus their efforts specifically on Harvard. The pair is involved with the group’s Divest Ed project, which works to expand the fossil fuel divestment campaign on college campuses. 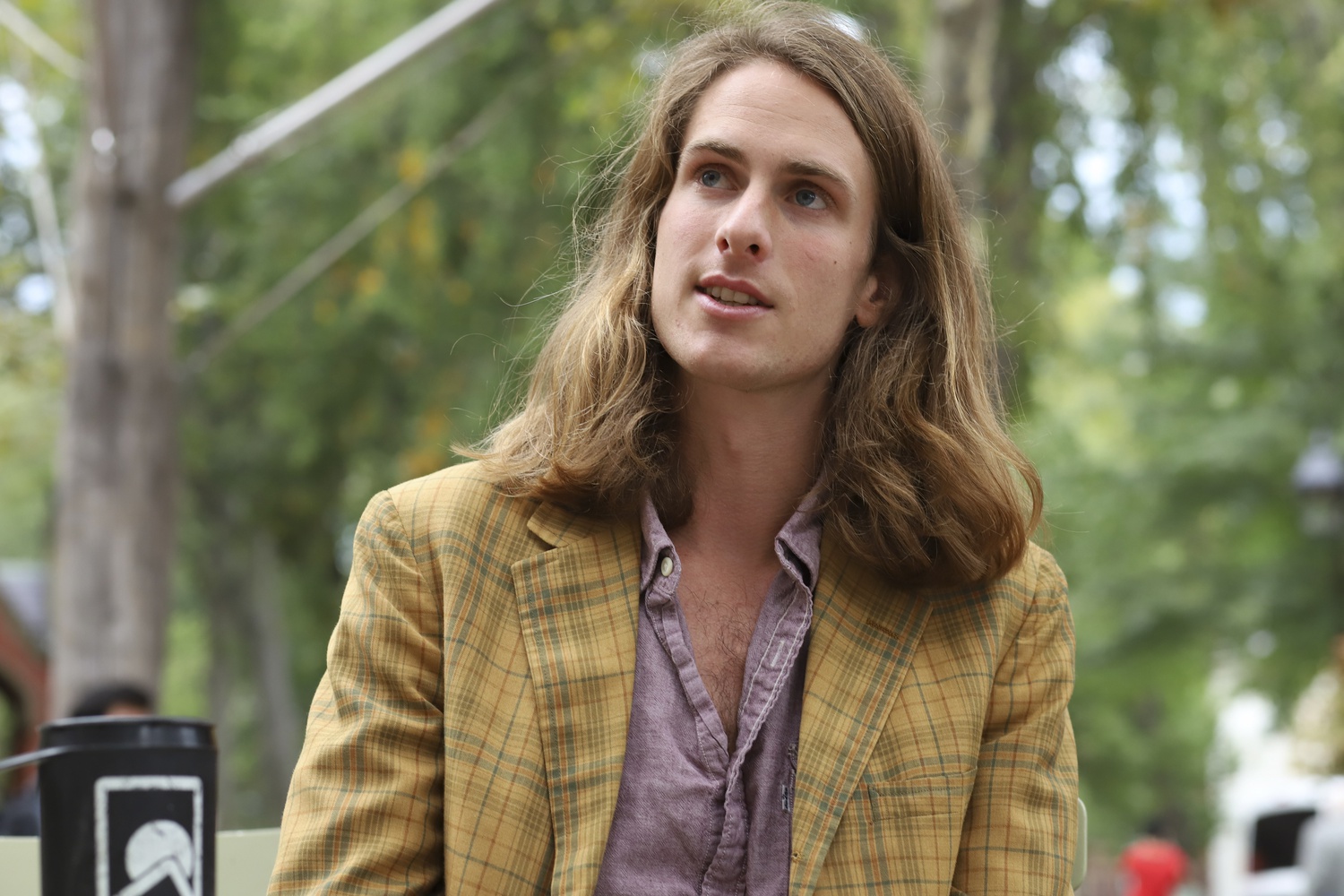 Altemose said Wirth had the idea for Better Future Project to hire Woodward to work exclusively on divestment at Harvard.

“So he works for Better Future Projects, not explicitly for the Ad Hoc Committee, though certainly works very closely with them,” Altemose said. “But I think ultimately, we really see the students as his supervisor, in the grandest sense that we want to make sure the work that he is doing is very much in line with what the students believe is strategic for the campaign.”

As undergraduates, Woodward and Maxim were both co-directors of Divest Harvard — a student-led group that organizes for fossil fuel divestment. During their time at the College, the group organized a week-long blockade of Massachusetts Hall, which houses the offices of the University President.

Woodward — who started in August — said he has been mainly focusing on engaging alumni on the issue of divestment. Woodward is currently planning a retreat for alumni who were involved in fossil fuel divestment activism.

“I'm still in really good communication with tons of folks from my years at Harvard, who were involved with this campaign on campus,” Woodward said. “I think it was one of the most meaningful, impactful experiences that a lot of us had at Harvard.”

Working part-time for the Divest Ed project, Maxmin spends most of her time serving in the Maine House of Representatives. She did not respond to a request for comment Thursday evening.

Woodward said this is a critical time to get involved with divestment. Last week, members of the group rallied in the Science Center Plaza and at Boston City Hall Plaza as part of a worldwide climate strike.

“We’re in this total crisis moment with climate change, and we have to get meaningful action now,” Woodward said. “And so, that's why I'm back. I think this is a really important moment for institutions like Harvard to step up.”