In the news: "Climate activist at Yale feels support from far beyond" 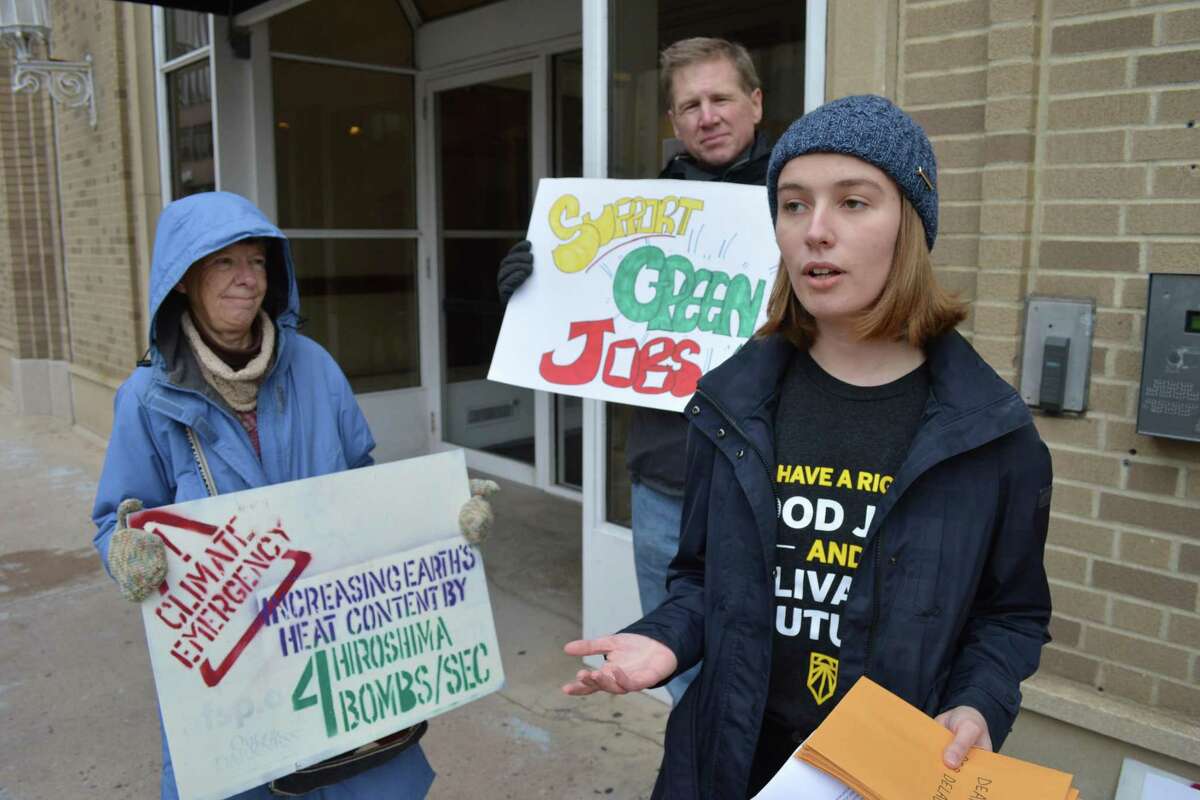 Nora Heaphy, right, stands outside U.S. Rep. Rosa DeLauro’s office preparing to send a letter to the congresswoman calling for support on a new environmental proposal.

NEW HAVEN — Nora Heaphy has been speaking out about Yale University’s investments in fossil fuel companies since she arrived on campus.

In October 2017, her first semester, Heaphy co-wrote a column for the Yale Daily News titled “Yale’s Climate Hypocrisy,” contrasting the university’s invitation to environmentalist Bill McKibben to speak on campus and its divestment of $10 million in fossil fuel companies with its major investment in Exxon Mobil.

A New Haven native, she had joined the Sunrise Movement, a coalition of young people working to make climate change a national priority, the summer after she graduated from Engineering and Science University Magnet High School.

Heaphy, now a junior, has become a leading voice for the Yale Endowment Justice Coalition and Fossil Free Yale, helping to organize the sit-in at the Nov. 23 Yale-Harvard football game that held up the game for 40 minutes and resulted in 50 students, alumni and supporters being cited for disorderly conduct.

She was one of 150 people from Yale and Harvard who planned the protest, but the hundreds more who rushed the field let Heaphy know her efforts had wide support.

“I think the major thing that has changed is that we found out at the game that our movement is actually much larger than we actually imagined,” Heaphy said Monday after she and 49 others had their cases dismissed in Superior Court. All were required to perform five hours of community service. Heaphy taught Irish dancing at a local nonprofit.

“It was entirely not organized by us,” Heaphy said, adding that “dozens of other campuses” showed their support. “We’re entering a new wave of the divestment movement or certainly a new moment,” she said.

“In many ways I feel more committed to my role in this fight,” Heaphy said. “I was thinking very seriously about climate change before I came to college, but I was not organizing in any kind of community with people who cared about this.”

She said she’s learned “how to build collective power … and also what kind of world we can create. … And I’ve learned a lot from all of them.”

The Yale administration’s response to the protest has been mixed. President Peter Salovey, in a Dec. 1 statement, said, “we all share an interest in upholding the right of community members to teach, learn, speak, perform, and gather without undue imposition. For that reason, Yale has rules and disciplinary procedures that support free expression while prohibiting significant disruption of campus activities.”

“It’s incredibly frustrating and sometimes shocking the degree to which they are complacent in the status quo,” Heaphy said. She said the November protest “is a victory of the movement, whether we get Yale to divest or not, that we are an integral part of the youth climate movement.”

Heaphy won a prize at 16 for designing a nonpolluting electric helicopter with solar panels on its rotors. Now she seeks “a just university and a just endowment that is accountable to students and the New Haven community. We have raised awareness about how … Yale invests its money and how it doesn’t invest in New Haven.”

Heaphy said she’s part of a “centuries-long campaign to push this university to be on the right side of history.”