In the news: "Why It's So Hard to Make an Endowment More Socially Responsible" 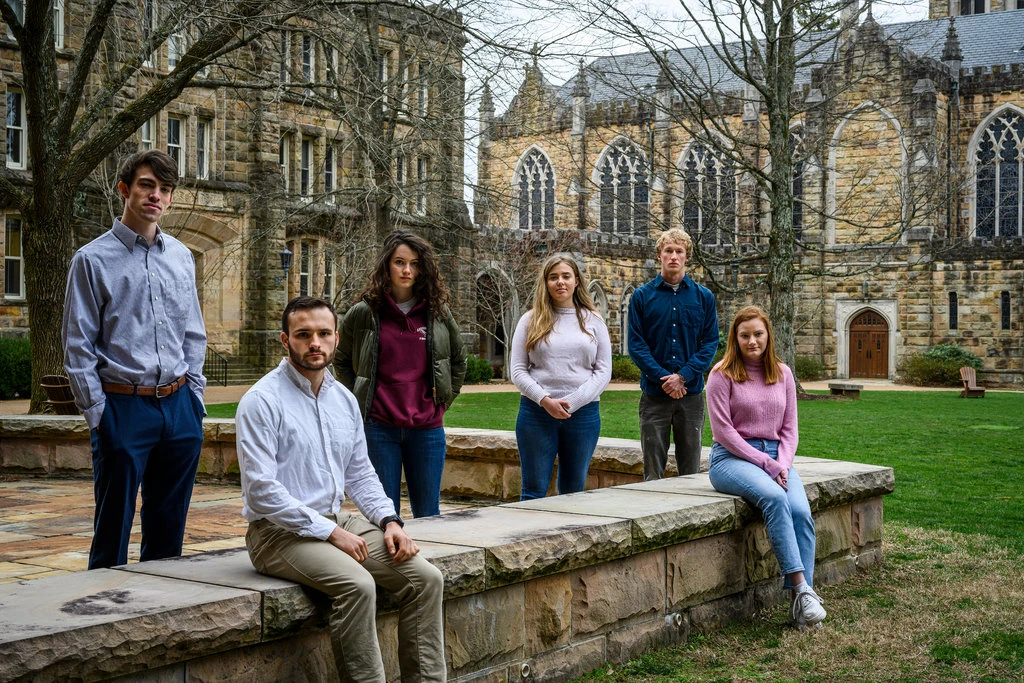 Students at the University of the South sought more transparency and sustainability. Were they too polite?

SEWANEE, Tenn. — In 2013, the Board of Regents at the University of the South endorsed a sustainability plan. The school pledged, among many other things, to disclose its endowment holdings and initiate a communitywide discussion about whether those investments matched its values and commitment to the environment.

That debate mostly didn’t happen, at least not to the students’ satisfaction.

So last year, a group of undergraduates began to press for change. They produced a detailed 20-page report and initiated student and faculty resolutions requesting that the school, which is commonly known as Sewanee, do what it had already said it wanted to do with its more than $400 million endowment.

What they told me about their experience should be a warning to any students or alumni who think that a wholesale shift in endowment investing strategy will be an easy thing to accomplish. Get ready for a slog — one that might include portfolio modeling assignments, distracted university leadership and maybe even some name-calling.

But activism around socially responsible investing (and divesting) is not just a blue-state phenomenon. An organization called Divest Ed, which maps the movement, shows a double-digit number of colleges and universities where students have raised these issues in states that often (or almost always) vote Republican.

Over the past year, the school’s board has assigned the Sewanee students research tasks that professionals could handle much more quickly. The head of the Board of Regents said he had never seen a copy of the proposal that the students had labored over. And in one meeting last year, two of the undergraduates felt that the school’s treasurer — who called them “militant” — had threatened consequences for pursuing a faculty resolution on the issue.

Officials at the school said they never intended to silence or stonewall the undergraduates. So how did it come to pass that they felt nobody was taking them seriously enough?

Sewanee, a school with about 1,700 undergraduates that owns 13,000 acres of vistas and Tennessee forest known simply as the Domain, is a world away from the Connecticut field that climate activists stormed during the most recent Harvard-Yale football game. It is no University of California, either, where fossil-fuel divestment is already in progress.

But activism around socially responsible investing (and divesting) is not just a blue-state phenomenon. An organization called Divest Ed, which maps the movement, shows a double-digit number of colleges and universities where students have raised these issues in states that often (or almost always) vote Republican.

Even in more liberal environs, these discussions can take time. The debate at Middlebury College in Vermont went on at least as long as Sewanee’s before the school chose to begin divesting. In Washington State, the overseers at Whitman College moved a bit faster and did more than the students had asked, moving away not just from coal but from fossil fuels generally.

When Wilder McCoy, a senior, became involved with the Sewanee student group, it had the word “divest” in its name — which they worried could come off as combative. The students eventually renamed their group the Socially Conscious Investment Club, in hopes of signaling their desire for cooperation.

“We really bought into the ethos of trying to make change from inside rather than outside, or taking more of a rah-rah approach,” Mr. McCoy said.

Nevertheless, some school officials didn’t look kindly on their call for campus votes.

E. Douglas Williams, the school’s treasurer, asked to meet Mr. McCoy and another student, Jackson Campbell, early last year. In that meeting, according to the pair, Mr. Williams said that bringing a faculty resolution was “militant.” They said Mr. Williams, who is also an economics professor, had also made pointed remarks about how much they gained from being at the university and how their actions reflected back on them. Mr. McCoy, who had a scholarship pending, said he had taken Mr. Williams’s words as a veiled threat about their status on campus. It worried him enough that he took his concerns to a dean.

When I asked Mr. Williams about that meeting, he told me that he would never threaten a student and that he had reached out to the pair afterward to apologize for the way they felt about the encounter. He also denied using the term “militant” — then called me back within an hour to say he had, in fact, used the word.

That was just one of several exchanges with Mr. Williams and other people associated with the university that signaled that they weren’t quite taking the students’ arguments seriously. And given the lack of progress so far, the students have started to wonder whether the school is running out the clock.

“They are very aware that we are here for four years, and there are maybe three where people are active enough to be able to fight for change,” Mr. McCoy said. “So I think they are very invested in a strategy of waiting for some people to graduate.”

A strategy, but maybe not a winning one: Demographic trends suggest that Sewanee may soon be fighting for a share of a smaller pool of American applicants, many of whom are interested in how schools conduct themselves as citizens of the planet.

“They are trying to attract the same students as Middlebury and Whitman,” said Nellie Boyd-Owens, another member of the student group. “It looks good to have a sustainability master plan, but it looks better to actually do something.”

Many members of the Socially Conscious Investment Club thought the regents might be more worried about alumni donors. They mentioned one in particular: Gregg Robertson, a shale entrepreneur who helped pay for the renovation of a building where many of them attend class.

Mr. Robertson, who has also helped pay for solar panels around campus, laughed when I asked whether the school should fear his taking offense at any future change in investment strategy. “Wow, what a story you’re telling me!” he said, noting that his name was indeed “all over” the building that “these tree-huggers” frequent.

“I wish the university made endowment investment decisions based on its feelings about me, but I don’t think they do,” he said. “And realistically, the love of that university from alumni transcends anything of a nature like that.”

When I asked the chairman of the Board of Regents, Reid T. Funston, why he thought the students’ proposal hadn’t gotten much traction, it turned out he had never seen it. He missed the meeting where the students presented it — and did not know of its existence until I told him about it.

He did know the board’s investment committee had asked the students to create a mock portfolio. They have been preparing to present it but are now second-guessing themselves. Couldn’t the board dismiss their mere months of data as short-termism? And besides, reams of research in recent years have already proved that so-called Environmental, Social and Governance (E.S.G.) investing rarely harms — and often helps — a portfolio.

The current head of the school’s investment committee, Montague Boyd, did not respond to the messages I left for him. But Mr. Funston, the board chairman, said any requests to the undergraduates were not designed to drown them in busywork. “I hate to hear that they felt like they were being stonewalled,” he said.

He was also contrite about Sewanee’s performance against some of the goals it set for itself in the 2013 sustainability plan. “Have we been able to do everything we wanted, strategically, in terms of following all these principles? Honestly, probably not,” he said.

It is entirely likely that what we have here is a failure to communicate — certainly it’s a failure to communicate well. Mr. Funston is a volunteer; the students are making their case as an extracurricular activity. All are trying their best. And some undergraduates, including Mr. Campbell and Mr. McCoy, have been able to put a tiny slug of the Sewanee endowment to work in impact investments via a different club.

There is also no disagreement about wanting to do what’s best for the institution. Every person I talked to seemed to cherish the place more than the last.

“We love Sewanee,” said Annabel Forward, another member of the student group. “We see this as an opportunity to push the place we love to be the best version of itself it can possibly be.”

But the students can’t help but wonder: Was their politeness a tactical error?

I put this last question to Mr. Campbell and Mr. McCoy, and I could sense their hesitancy. To answer yes would be to edge toward the very militancy that Mr. Williams had accused them of before he tried to take it back.

But here’s what they do know. Questions about how institutions with large pools of money should steward those funds are not going away. To cite just one example, Mr. McCoy pointed to the investment giant BlackRock’s recent announcement that it would consider climate risk in much more of its portfolio.

“Nothing here is groundbreaking,” he said. “It’s really a matter of time until Sewanee has to make a decision, and it’s beneficial to do it sooner rather than later.”