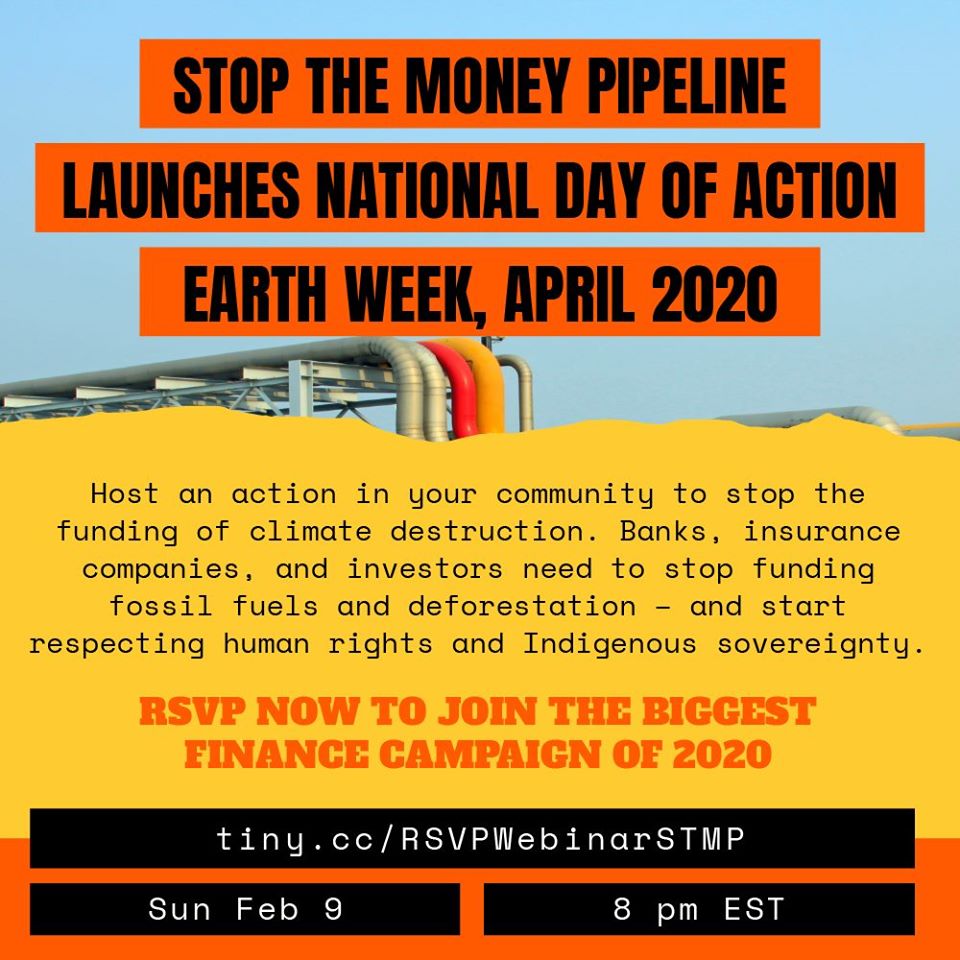 The Stop the Money Pipeline coalition held a launch webinar on February 9th for a National Day of Action during the 3 days of deep strikes and actions during Earth Week in April of 2020. Our goal is to stop the funding of climate destruction. That means banks, insurance companies, and investors need to stop funding fossil fuels and deforestation and start respecting human rights and Indigenous sovereignty. Our panelists will talk about how fossil fuel finance affects frontline communities, the basics of the divestment campaigns for each of the targets and why this is so important to climate justice and how you can take action in your local community for the biggest finance campaign of 2020. Learn more at StopTheMoneyPipeline.com

Like other corporations, JPMorgan Chase, Blackrock, Liberty Mutual and other Wall Street financial institutions are sensitive to public opinion. They have brands to protect, and customers to retain. When we unveil their complicity in the destruction of our climate, we threaten their cherished profits, and ability to attract customers. And, the more we are able to do this, the more we are able to increase the reputational risk -- and thus financial risk -- that the finance sector takes on in financing new fossil fuel projects. If we can stop the flow of money, we can stop the flow of oil.

This webinar has already passed, but you can watch the video recording! 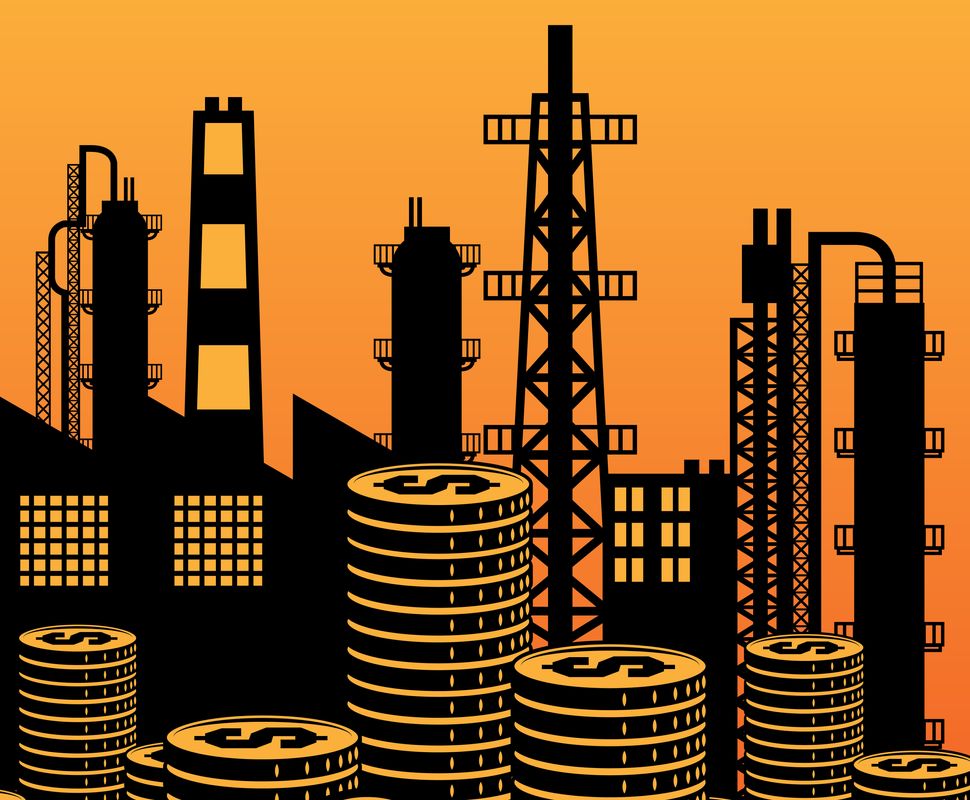